Stroud Nature Director Steve Roberts keeps us updated on progress to rewild his own garden following a house move in early October 2018.

1. Moving in before the onset of winter

We had not seen the new house or garden since the April viewing five months previous . when we had walked around the garden and thought yes! here’s something to get our teeth into. Lots of trees and shrubs providing shelter, privacy and wildlife habitats, flower beds for the pollinators. The lawn was embedded with mosses and some weeds, but that was fine. We are not lawn lovers. It was a quick scan around the garden, we could not pin down every plant that was there. It did influence our decision to buy the property.

During the time it took to complete the purchase, summer passed and we did not see the garden at its best. Now it was October and we were in. The priority was the house, but as soon as we reached some semblance of order, we were outside working on the garden. There was a good selection of trees and shrubs around the border of the garden – cotoneaster cornubia, a couple of plum trees, apple, several hazel, lots of smaller holly bushes, a hawthorn, copper beech hedging and more. The tallest trees were four Leylandii, a Eucalyptus and a Sycamore.

Three Leylandii (30′) were crushed together in the bottom left hand corner, their trunks angled at 45 degrees, leaning over the gardens of two of our neighbours. The Eucalyptus was about 50′ high. The fifth Leylandii stood just four meters from the house against       another neighbour’s fence at around 50′ high. As the sun moved around, it cast both our properties into shadow. Its size and shade had stunted the growth of the shrubs beneath it. It had left a bed of needles several inches thick below. 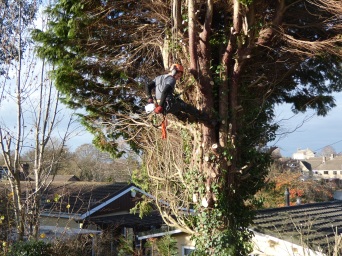 All four Leylandii have been cut to the ground. Light is reaching plants and soil that have not seen it for many years. The Eucalyptus has been pollarded to around 12 feet. All of our neighbours are pleased.

The Sycamore, not the most popular tree, has stayed untouched, bringing height to one corner of the garden. Climate change may have a significant effect on certain tree species in the UK in the future. The Sycamore is a more invasive and resiliant species. Maybe we shouldn’t be so quick to condemn it, we may need all the tree cover we need (except Leylandii). By the way none of the four Leylandii contained any nests.

We are working our way around the garden border, identifying as best we can what exists, thinning and pruning where we think it best, so as to reinvigorate growth in the spring. We have left the cotoneaster untouched. It is laden with berries for the birds. Come spring we also hope to enjoy its flowers, before deciding whether it needs a prune next Autumn. We have found lots of rubbish and other items lost among the tangled shrubbery. We will recycle as much as we can. 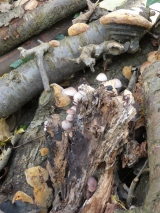 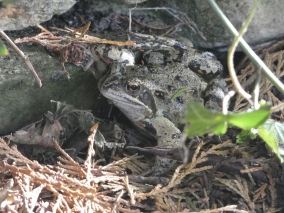 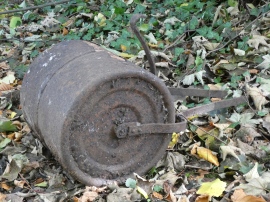 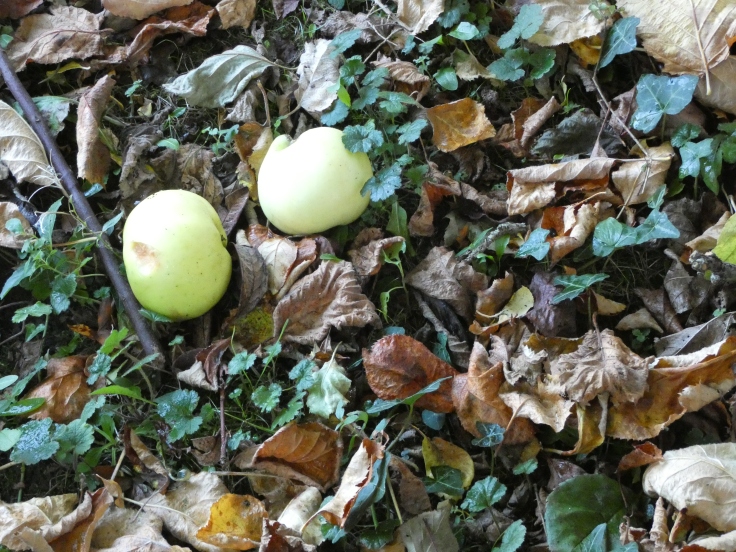 The contractors took four wagon loads of shreddings away to be used on local sites, including Stratford Park. As we make our way around the garden we will be shredding what cut material we can and using it as mulch.

We want to attract as much wildlife to the garden as possible. I will be hanging out the bird feeders in the next few weeks. We have created some log piles and have kept some tree  stumps and branches which had fungi on them and want to encourage more fungi around the garden. We won’t know all the flowers and herbs that are in the garden until the spring. We will be planting species that are good for pollinators.

I will keep this diary going and let you know how things progress.